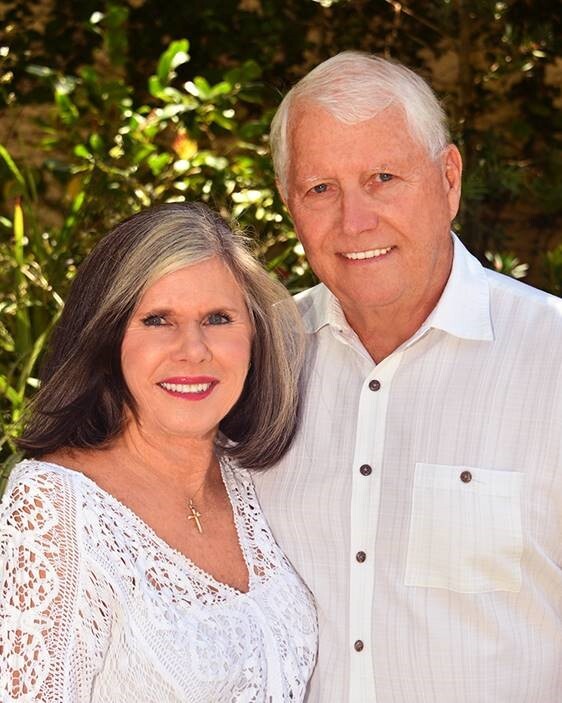 Jim and Debbie Hogan have worked together in ministry for over 20 years. In 1985, Jim was elected to the elder board of one of the largest churches in the nation located in Orange County, California and in 1988 became chairman of its board. In 1989 he became the executive administrator of the church, a position he held for 5 years. Jim was in charge of 150 employees including 15 associate pastors. One of his roles was being the pastor to the pastors.

Jim and Debbie discovered firsthand the demands placed upon those in full-time ministry. During this time Debbie was the teaching leader and Titus Mom for MOPS (Mothers of Preschoolers), a position she held for 11 years. She has had the privilege of being a mentor to many of the young mothers who attended her classes. Currently she is a guest speaker for MOPS groups throughout Southern California. In addition, she has been involved with many women’s ministries and charities in Orange County.

Debbie is a graduate of The Partners, a ministry for spouses of those in The Master’s Program. During this time Jim and Debbie developed a vision to encourage those serving in full-time ministry. They began operating Standing Stone Ranch in Southwest Colorado in 2002 where they hosted ministry couples for a one week retreat to establish a lasting mentor/mentoree relationship. In 2011 they founded Standing Stone Ministries with a desire to serve a greater number of ministry leaders and their spouses. In 2013, the Hogans wrote Shepherding Shepherds: The Standing Stone Story.

The Hogans were married in 1969. They have two married sons and six grandchildren. They live Orange County, CA.
Jim and Debbie have a deep passion to mentor and serve ministry couples who have dedicated their lives to serving others. They consider it a great privilege to be part of Standing Stone Ministry as they help to Shepherd the Shepherds.