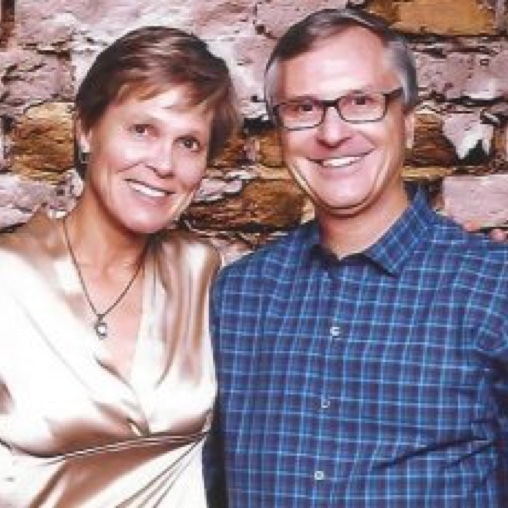 Rick and Sherry were both born and raised in Los Angeles. They’ve been married and lived in Orange County for thirty-two years and have one young adult son. Rick played volleyball at UC Irvine and then graduated from law school at USC. He is a partner at Allen Matkins law firm where he is the Director of their Real Estate Department. Over the last thirty years of his legal career Rick has negotiated acquisitions, sales, financing and the development of commercial property for public companies, developers, institutional investors, financial institutions and lenders. At Grace Fellowship Church Rick has been a part of several Bible Studies over the past fifteen years and is currently in their Axios Men’s Discipleship group. Rick also serves on the board of Christ Life Ministries which is building a church campus in Lusaka, Zambia that will be run by Pastor Mulenga Chella. In his free time Rick loves to ski and mountain bike ride.

Sherry played volleyball at Stanford and then worked for several years in Marketing and Public Relations jobs. She was active in parent leadership and ran numerous fund-raisers at Mariners Christian School while their son was a student there. At Grace Fellowship Church she has been actively involved over the last fifteen years, facilitating home dinners and running women’s retreats. For the last five years she has been part of the teaching team for the primary women’s Bible Study at GFC. She also enjoys skiing, tennis and hiking in her spare time.